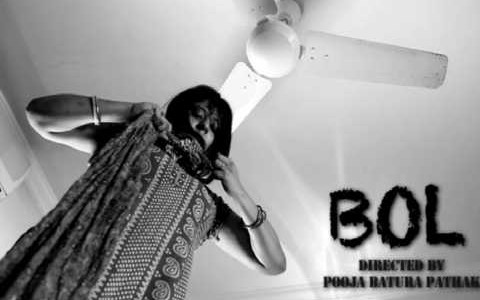 In India, a woman is sexually assaulted every three minutes and raped every 20 minutes. However, many Indian women are afraid to speak up, fearing retribution from the very same monsters who abused them, and harsh judgement from an insensitive society.

A recent short film by Pooja Batura that’s making waves around the internet is telling them to do exactly the opposite. The film is simply titled “Bol” and captures the different kinds of sexual abuse an Indian woman suffers from during her lifetime, from child abuse to work place harassment to marital rape.  The message is clear and simple, “The more you talk, the less it will happen.”