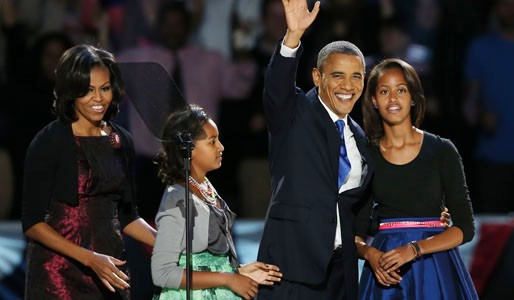 It was a nail biting night but Obama came out ahead in the end and we all breathed a collective sigh of relief (with the exception of Sheldon Adelson and his billionaire G.O.P pals). We hope Obama completes what he started 4 years ago and Congress doesn’t block his initiatives to move the country forward. He has proven himself to be a tenacious fighter and is the face of a more diverse America. He has his work cut out for him—keeping the economy growing, avoiding the fiscal cliff, creating jobs—all while working with a House still firmly held by Republicans.

We hope the next 4 years bring further strides in gender equality, LGBT rights, making healthcare accessible to everyone, and making the world a greener place. Marriage equality in Maine, Maryland and Washington coupled with the election of the first openly gay woman—Senator Tammy Baldwin—really gave us something to cheer about after a difficult, Hurricane battered week.