In London, the brush with a Bollywood sizzler sinks Jade Goody.
In New York, Bollywood makes a party sizzle.

While Shilpa Shetty contended with Richard Gere’s tide of passion, her nemesis Jade Goody battled a tide of depression. The denigrated bully of Celebrity Big Brother told UK’s The People newspaper that in the aftermath of her racism row she contem plated suicide.

Jade described how she considered downing a bottle of paracetamol mixed with anti-depressants. “For a few days at my lowest point I knew I couldn’t be left alone,” she said. “But I also realised that if I did anything stupid to myself I would be making things even worse for my children. They are the most important thing to me in the whole world.”

After the Shilpa debacle, Jade had several high-profile advertising contracts cancelled, and her perfume, Shhh, was whisked quietly off the shelves.

One hopes Richard Gere won’t endure a similar nadir of despair after facing the wrath of the moral police.

If the mood was melancholic at Jade’s home in London, it was gay in New York. A Bollywood-themed gay dance night in the heart of downtown Manhattan, Desilicious, celebrated its fifth birthday last Saturday. The night, which, according to the flyer, celebrated “Five years of hip-shaking groundbreaking desilicious decadence”, featured two floors of Bollywood Bhangra and House Beats courtesy DJs Ashu Rai and Bobby.

I caught up with one party goer, Will Mayerhoffer, a Jewish psychotherapist who has lived in New York for 18 years. “The music was great, and the place was packed,” he told me, with the club exuding “a wonderful, energetic atmosphere — like a true celebration”. “It was pounding Bhangra,” Will continued, “and everyone seemed to know the words and sang along! It’s fun to dance with your arms in the air, too — like in a Bollywood movie!” he added. 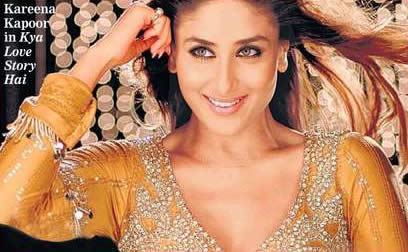 wd. “A few years ago I got turned on to Bollywood movies,” he admitted. “I read about Lagaan, saw it and loved it, and then somehow I stumbled on an article that mentioned a cinema showing Bollywood new releases at Times Square.”

Giving the lowdown on the music at the night, DJ Ashu Rai told me: “I’ve always tried to blend the two genres, Bollywood and house, primarily tribal and techno. For the anniversary, I mixed in Music is freedom from Victor Calderone’s Evolve with Mohabbatein and Danny Tenaglia’s classic track, Elements.” Adding to the mayhem, six drag queens performed dance sequences from Dil Se, Devdas, Umrao Jaan, and the latest Kareena Kapoor dance number It’s rockin’ (Kya Love Story Hai) — with, according to DJ Ashu Rai, “Desilicious party goers cheering them on, sometimes with money, encouraging more gyrations and raunchiness!”

Desilicious parties of yore have included the infamous Wet Sari Contest — in which punters throw wet sponges at sari-clad drag queens — and Night of 1000 Aishwaryas. Not to be outdone by the big apple, London is seeing the opening of a new Bolly club night at Edgware road on May 5. This time the night is for a straight crowd — but with a name like “Bombay Funkadelic” it seems it may involve a further smattering of campy frolics.