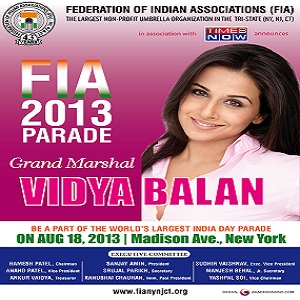 March with SALGA in the India Day Parade on Aug 18th

On August 18, 2013, SALGA NYC (South Asian Lesbian and Gay Association) will be marching in NYC’s annual India Day Parade. 2013 marks the fourth year that SALGA will be marching at the Parade, after being banned from attending for a number of years.

From SALGA’s website:  “Because we still face immense challenges in our respective South Asian communities, and recognize the Parade is not embracing of all communities (across sexual orientation and gender identities, but also religion, class, caste, and region), it becomes even more important to represent ourselves in the Indian community as LGBTQ, South Asian and Proud!”  Plus, Vidya Balan will be the grand marshal.