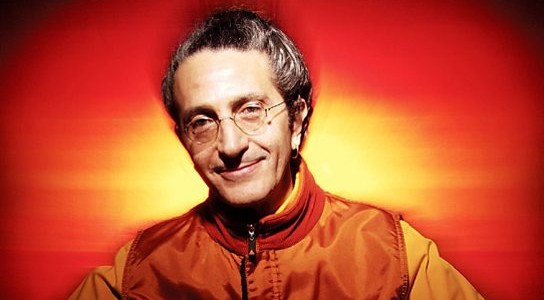 Music and Spirit of Cheb i Sabbah

Condolences to the friends and family of DJ Cheb i Sabbah who passed away at the age of 66 after a struggle with stomach cancer in San Francisco.  Born in Algeria, Cheb i Sabbah  moved to San Francisco in the mid-80s where he heralded an influential weekly party in the Lower Haight throughout the 1990s and 2000s.   After he was diagnosed with cancer, Six Degrees Records released an album “featuring a who’s-who of the world music scene”  to help pay for his treatment. After “crediting a healing regime in India and Germany,” Sabbah played with Bauhaus’ Peter Murphy at the Fillmore in San Francisco.  As noted in a remembrance by Public Radio International, Cheb i Sabbah’s music blended traditional elements from around the world.  “He was a Jewish DJ, armed only with globally minded souls, often at Arabic functions, but no one seemed to care.”

His family posted about his passing on his Facebook page.  Sholay partygoers may remember dancing to one of his Asian Massive tracks (including a remixed version of “Kese Kese”) and collaborations with Karsh Kale and other influential South Asian DJs and musicians.  His music and spirit will live on forever.