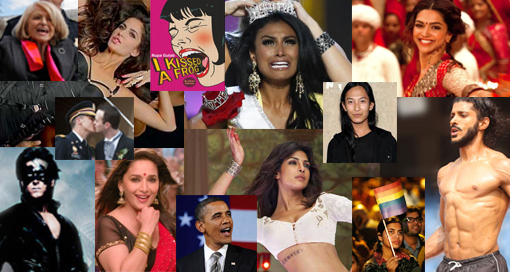 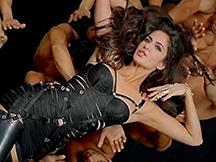 The end of the year  is inevitably distilled, edited, categorized, and quantified down to various top lists. Here’s a round up of  2013 lists that caught our eye: Top 10 Bollywood Numbers—while there have been few memorable Bollywood dance hits in 2013, Indian Express highlights the various item  songs, superhits and anthems of the year. Top Bollywood Films in terms of box office numbers include sci-fi pastiche crowd pleaser Krrish 3, masala hit Chennai Express,  and Bhaag Milkha Bhaag—a biopic on Olympic medalist Milkha Singh. Dearcinema.com notes the growing mainstream success of desi indie flicks in their Top 10 Indian Indie Films of 2013 list which includes Lunchbox, Qissa, and B.A. Pass. Desiclub.com presents their list of Top 50 Coolest Desis of 2013 which includes Miss America Nina Davuluri, Priya Pandya and Kajal Desai of Doonya Dance and, of course, various IT superstars like Syntel billionaire Bharat Desai. Glaringly absent is our favorite out desi actor Maulik Pancholi who made it official in the Out 100. Speaking of Out Magazine, their Power 50 list features the (mostly white) power brokers of the big gay world with the likes of Apple CEO Tim Cook, Ellen DeGeneres, and Rachel Maddow.  The New Yorker notes that 2013 may go down as the most important year for LGBT rights in the U.S. since the Stonewall rebellion of 1969 in their post on The Top Ten Gay Rights Heroes of 2013 which recognizes Edith Windsor, Pope Francis, Barack Obama, and Russian LGBT rights activists. Lets hope next year, activists from India will share the spotlight as they re-mobilize to overturn Section 377 in 2014. Happy New Year!