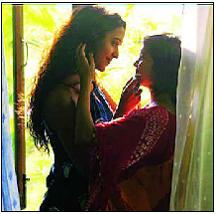 While India has taken two steps back and made homosexuality illegal in India, we have trailblazing ad companies that reflect the mindset of the younger generation for whom this is a non issue. The political pundits are so far from the issues that affect the youth of India today that instead of dealing with infrastructure, education, jobs etc, they waste time discussing how yoga should be banned in schools. Here is an ad for Anouk Clothing Wear titled “The Visit”.  Some people can argue that this company is capitalizing on the “gay” issue and representing a cool factor to their clothes. I say – do whatever works to bring out these issues in public in a positive way and make it a non issue.  Here is the ad before it gets banned (you never know).