Pakistani hunk Fawad Khan, who made his Bollywood debut in Khoobsurat opposite Sonam Kapoor, now has desi media all aflutter with the “revelation” that he’ll be playing a gay character in the upcoming Bollywood romance-drama Kapoor & Sons since 1921. In typical Bollywood tabloid style, the news is credited to an anonymous film industry source that “Fawad will play a gay in Kapoor & Sons. And yes, the character will be daringly different from anything we have seen the actor do on screen till date.”

LGBT visibility has come a long way in desi media but apparently playing “a gay” in Bollywood is still a radical move and some of his admirers have expressed concern that this could derail the actor’s budding career. One homophobic fan lamented in India-Forums, “More gory details on Fawad’s gay character. If he indeed is playing gay plus with no acting work in the horizon…its the final nail in the coffin of Fawad’s career.”  Really?? Someone needs to inform Fawad’s more conservative fans that this is 2015—not 1921.

Shooting for Kapoor & Sons since 1921 was just completed and the film, produced by Karan Johar will be released in Spring 2016. 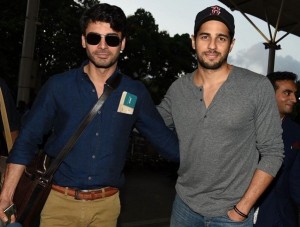