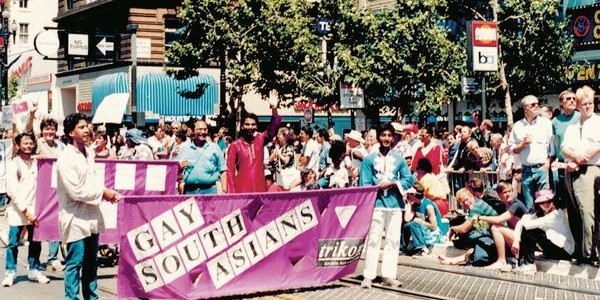 Sandip Roy’s latest article details the founding of “Trikone,” the first South Asian LGBTQ magazine over 30 years ago. Arvind Kumar and Ashok Jethanandani were gay desi Silicon Valley software engineers living as an out couple in the Bay Area in the late 1980s. Together with a friend, Suvir Das, they toiled after hours to photocopy and staple together this truly grassroots publication that grew out of a desire to connect isolated LGBTQ desis “in a world where few gay Indians were visible.”

A support group for LGBTQ South Asians living in the Bay Area soon formed bearing the same name and continued the work of producing the publication. When an Indian magazine published pictures of Trikone members marching in San Francisco Pride, the group received letters from towns and cities all over India and the diaspora. “The main thing I got out of those letters was just the loneliness of having no one to talk to where you lived. And they needed to write to someone 10,000 miles away,” recalled Arvind. “We would send a handwritten response back with almost every letter,” said Ashok. “Even if it was just a few words of support.”

I remember my first Trikone social gathering in 1994 and experience with other queer desis, which was empowering for a young South Asian lesbian coming out in a very non-South Asian space in San Francisco.

As noted by Sandip, Arvind and Ashok went on to quit their engineering jobs and founded a monthly arts and culture magazine for the Indian diaspora, “India Currents“. ‘Trikone” Magazine stopped publication in 2014; the organization is still very active today with pot-lucks, film festival and parties.  — Ashu Rai 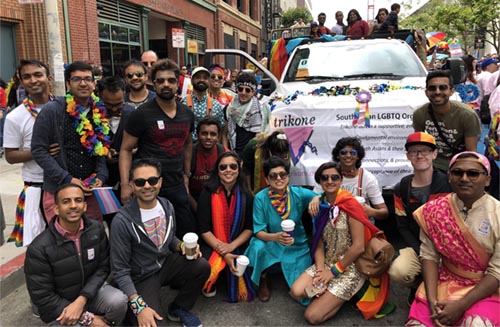 Trikone members at a recent Pride March in San Francisco