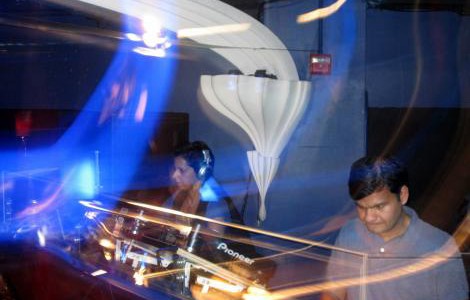 Friday night’s Desilicious successfully brought the monthly South Asian party to a new venue despite trepidation over the looming snowstorm. “We were a little nervous with the weather,” said promoter Atiif Toor of Sholay Productions, “but realized we have such a die-hard crowd that rain or shine, snow or sleet they’re coming out—and they did so we’re happy about that.” Bringing their hit party to Pachita, they themed the evening as the Bollywood Blue Bash. “We love Pachita so far,” said Toor. “It’s a great venue and there’s actually a lot of blue which ties into our theme. Our video guy has also put together some amazing visuals from Bollywood movies and we have on-hand our amazing DJ Ashu Rai.”

The crowded party raged into the night as more and more people were freight-elevatored to the upstairs venue. “It’s really fun, there are people running around in sequined saris so people really turned it out,” reflected Toor.