Sushant’s Dragformation Before Your Eyes

Desi model and entertainer, Sushant Divgikar, is making pink flowy waves online with his pictorial drag transformation. The former Mr Gay India winner recently told the the Hindustan Times: “It was (hotelier) Keshav Suri, who encouraged me to do drag. My drag avatar is called Rani Ko-He-Noor. I want to say that every woman, every drag artist out there is a queen. People don’t realise that drag is very much part of our culture. Our folk dances have men performing as women. The courts of emperors used to have royal eunuchs. This country does not want to talk about its rich culture. We have to celebrate our diversity.”

Sushant has been a regular fixture on desi entertainment networks as a VJ, model, Bigg Boss reality show participant, actor and singer. He attributes part of his success to the support of his family—particularly his mom—who rallied behind him when he represented India in Mr Gay World 2014.

He feels that his public drag transformation has been further liberating for him: “Initially, I used to be apologetic, even if just for my looks. After coming into this drag avatar, I have shed all inhibitions. I realised that this also is me. All you need to do is be honest to yourself and own your identity. You should never be ashamed of yourself.

Rani Ko-He-Noor—we request your royal fabulousness at our next Sholay party! ❤️❤️ 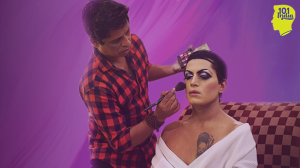 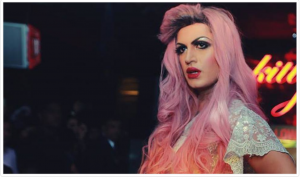